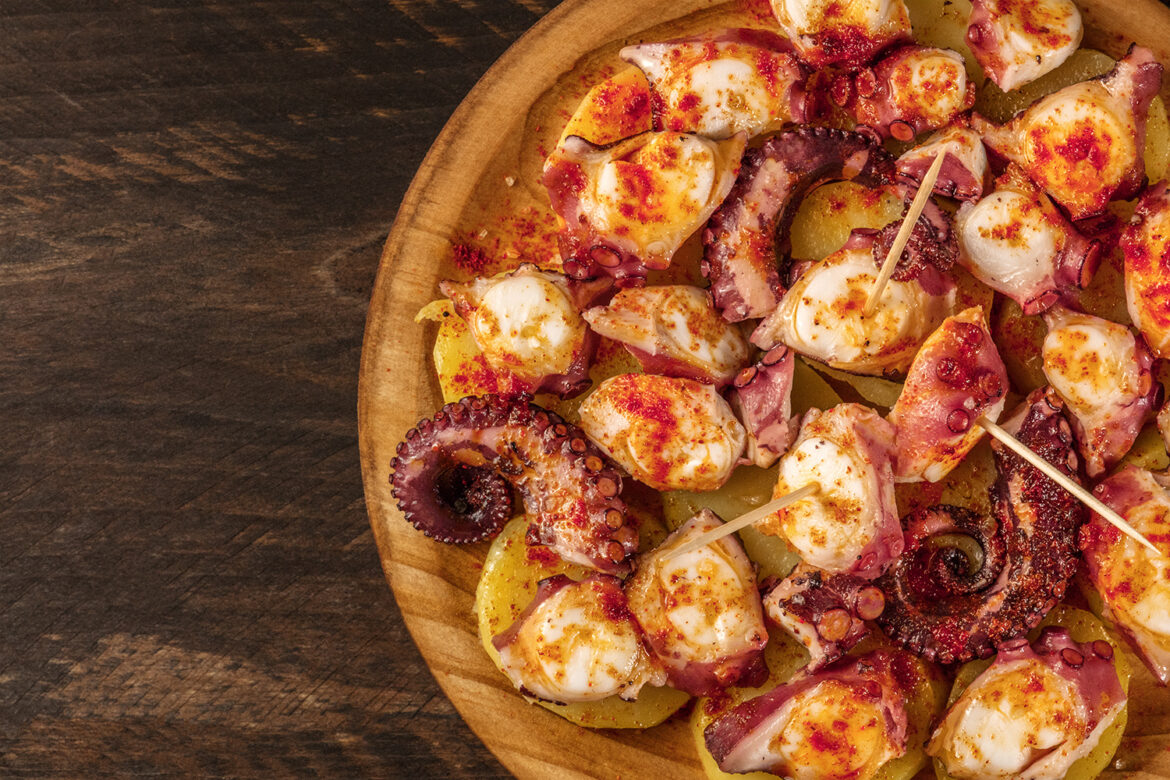 In our series of mediterranean recipes in accordance with the mediterranean diet we recommend trying this Galician Style Octopus recipe: a delicious traditional and healthy recipe made with octopus, pimenton (spanish paprika) and olive oil.

Galician Style Octopus, locally known as Pulpo a la Gallega in Spanish or polbo á feira in Galician, is actually from the Province of León. It is a festive dish eaten during the Galician fairs (ferias). You can also serve it as tapas.

It is better to use frozen octopus, this way you don’t have to pound it heavily before cooking (to avoid the dish becoming rubbery). Don’t worry freezing octopus does not alter it’s organoleptic properties.

For this recipe, you need a very tender octopus. If you bought a fresh octopus, you can either pound it or freeze it.

Take out the octopus from the freezer and let it thaw the day before you want to cook it.

If you bought a cooked octopus, you can skip this step.
With a raw octopus, fill up a pot with water, bring it to boil, and cook the octopus for about 50 min on medium heat. Peel the onion and add it to the broth.

Peel the potatoes and cut them into thick slices (about 1-2 inches), see the picture below.

If you bought tentacles only, cut them with scissors or a sharp knife in slices (not too thin) – about ½ of an inch to keep the tenderness. If you have a whole octopus, cut the head into small pieces.

Set it up on a platter (wooden one if you like tradition). The potatoes go on the bottom. Set one octopus slice on top of each slice of potato.

Add some sea salt, sprinkle some paprika, and drizzle some olive oil on top. You can also add a little of the cooking water for taste.

Tradition dictates that water should not be drunk when eating octopus, so we recommend serving the dish with some red wine.